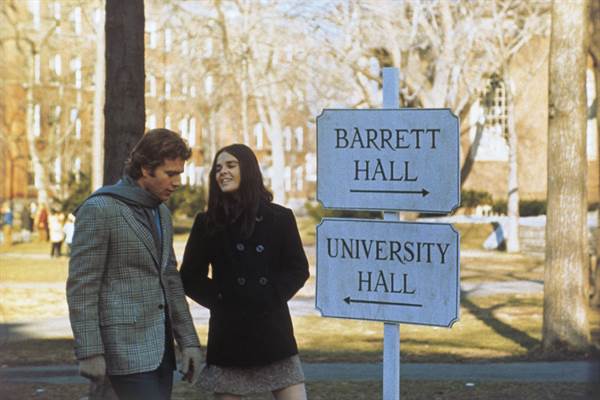 Ryan O’Neal and Ali MacGraw both received Oscar® nominations* for their starring roles in the timeless, unmatched tale from the heart. Harvard students Oliver (O’Neal) and Jenny (MacGraw) come from opposite backgrounds, but they share a chemistry they cannot deny—and a love they can’t ignore. Despite Oliver’s wealthy father threatening to disown him, the young couple marries and begins to build their new life together. But fate has other plans, and soon Oliver and Jenny face a crisis only the strongest of loves can endure.

Download Love Story in Digital HD/4K from the iTunes store.

Listen to the Love Story soundtrack on Apple Music.


Ali MacGraw and Ryan O'Neal to Receive Walk of Fame Stars in Dou...  2/3/2021 4:05 PM EST
The Hollywood Chamber of Commerce has announced that they will be holding a special Walk of Fame ceremony next week. Actors Ali MacGraw and Ryan O'Neal will be honored with the 2,692nd and 2,693rd stars in the first virtual double-star ceremony in history. The dedication is also a celebration of the 50th Anniversary of "Love Story", which the pair starred in. The event will take place on February ...  More>> 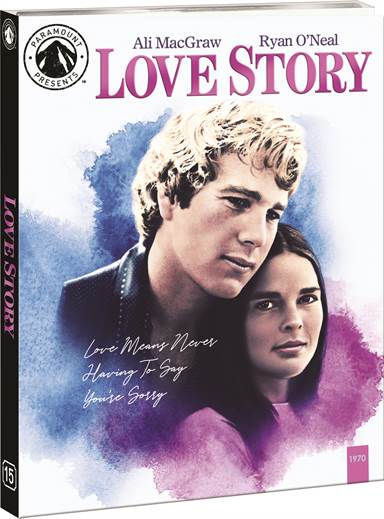 Fifty years ago, a writer named Erich Segal (Yellow Submarine) penned a screenplay and sold it to Paramount Pictures.  While the film was in production, Paramount decided Segal should release it as a novel first, in order to garner interest in the upcoming movie.  The novel did exactly what Paramount had hoped it would do…it became a best-seller that had fans anxiously waiting for the movie to be released.

Oliver Barret IV (O'Neal) came from a wealthy East Coast family.  He did what was expected of a Barrett and attended Harvard University with the intent to continue on to Harvard Law after graduation.  One day he meets Jennifer "Jenny" Cavilleri, a classical music major at the nearby Radcliffe College.  Taken with her beauty and her sarcastic wit, Oliver pursues Jenny and they eventually fall in love.  Discovering that Jenny has been offered a scholarship to study music in Paris, Oliver, afraid of losing Jenny, proposes and Jenny accepts.

Oliver takes Jenny to meet his parents and his ever-critical father, played by Ray Milland (Dial M for Murder), finds Jenny unsuitable and threatens to cut Oliver off financially if he marries her.  After graduation, the couple marries anyway and settle into their new life, with Jenny teaching while Oliver attends Harvard Law school.  He graduates third in his class and the Barrets move to New York City where Oliver has accepted a position in a prominent law firm. Wanting to start the next phase of their lives together, they work on starting a family but when Oliver and Jenny have difficulty conceiving, a series of tests reveal that Jenny is terminally Ill.  Devoted to her, Oliver lays in her hospital bed, holding her until she passes away.

Love Story could have been an utter disaster had other actors been cast in the leading roles.   Luckily, director Arthur Hiller (See No Evil, Hear No Evil) chose McGraw and O'Neal.  McGraw lights up the screen, often overshadowing O'Neal, and the two have a physical and emotional chemistry that leaps off the screen and slaps the viewer in the face.  The supporting cast offers some good performances, especially Milland, but they are merely there in the background while the focus remains on McGraw and O'Neal.

Love Story certainly isn't the first or the last romantic drama that will grace the big screen but it has that intangible "it" quality that makes it one of the best.  McGraw is a stand out (it's a shame she didn't make too many more movies) and O'Neal compliments her in every way.

I love the Paramount Presents series because I am either discovering old films that are new to me or I am revisiting beloved movies that have never looked or sounded better!

If you like classic love stories, don't miss Hiller's Love Story on Blu-ray but make sure you have a handful of tissues because, unless you have a heart of steel, you will cry.