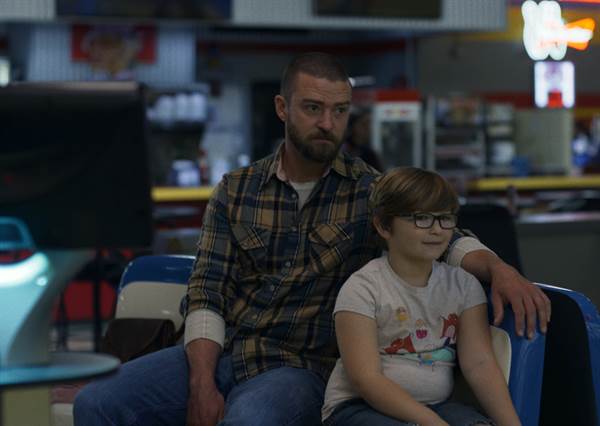 Former high school football star Eddie Palmer (Justin Timberlake) went from hometown hero to convicted felon, earning himself 12 years in a state penitentiary. He returns home to Louisiana, where he moves back in with Vivian (June Squibb), the grandmother who raised him. While trying to keep his head down and rebuild a quiet life for himself, Palmer is haunted by memories of his glory days and the suspicious eyes of his small town community. Things become more complicated when Vivian’s hard-living neighbor Shelly (Juno Temple) disappears on a prolonged bender, leaving her precocious and unique 7-year-old son Sam (Ryder Allen), often the target of bullying, in Palmer’s reluctant care. In time, Palmer is drawn into a more hopeful world as he forges a connection with Sam through their shared experience of being made to feel different by those around them. Life improves for Palmer, and a romance develops between him and Sam’s teacher Maggie (Alisha Wainwright). An inspiring and unexpected journey unfolds for the three of them, but soon Palmer’s past threatens to tear apart this new life. 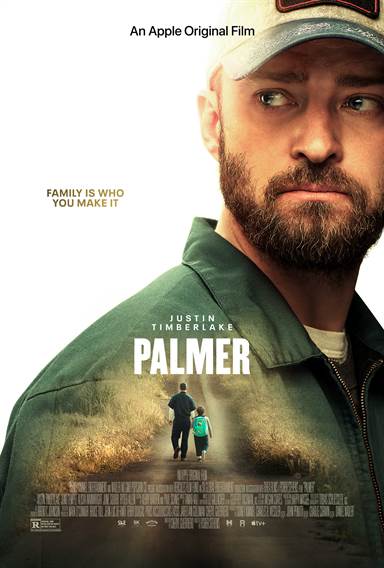 "Family is who you make it".  With a tagline like that, you get somewhat of a sense of what the latest Fisher Stevens' (Short Circuit) film, Palmer, is all about.  And yet, the movie offers so much more than just a typical family drama.  Predictable at points, Palmer radiates with emotion which keeps the audience yearning for the next moment and makes you wish it didn't have to end.  Almost two hours fly by from start to finish, aided by Stevens' direction and wonderful performances by a talented cast.  Coming to AppleTV+ on January 29th, this is one movie you certainly won't want to miss.

Eddie Palmer (Justin Timberlake; In Time) was the high school football star, earning himself a College scholarship.  However, when an injury ends his playing career, he ends up back at home, without a degree, and addicted to painkillers.  Looking to steal whatever he can to help pay for his addiction, he robs a house but is caught when the owner comes home.  Palmer beats the owner up, almost killing him, and ends up in jail for twelve years.  Just released, he returns home to his grandmother, Vivian's (June Squibb; Nebraska), house to try and restart his life.

However, of course, things don't come easy…his parole requires Eddie to stay out of trouble and get a job, the latter being more challenging than one would think.  He gets drunk and has sex with Shelly (Juno Temple; Maleficent), Vivian's neighbor who lives in a trailer home with her young son, Sam (newcomer Ryder Allen).  As in times past, when Shelly disappears for weeks, Vivian watches Sam.  But then Vivian unexpectedly dies, and Palmer finds himself taking care of Sam, who isn't your typical 7-year-old.  Palmer grows to care for Sam but as much as he would like to obtain guardianship/be a foster parent to Sam, the court simply won't allow him because he is on parole.  Fearful of what could happen to Sam, Palmer tries to take matters into his own hands.

Palmer, while being a well-done film, is mainly a paint by the numbers story with one or two twists that make the movie feel somewhat fresh and almost like new.  Stevens' direction has a clear focus, and he pulls some wonderful performances from this cast.  The location and soundtrack lend an authenticity to the story and the atmosphere transports the viewer to a small, southern town.

Timberlake is impressive as the lead infusing Palmer with a hard outer layer but a soft underbelly. Temple and Squibb are well cast and bring genuineness to the two women who care about Sam the most.  Alisha Wainwright (Raising Dion) portrays Sam's teacher, Maggie, who not only is probably the sanest one of the group but who brings warmth and openness to the role. The most surprising performance perhaps goes to Allen, who makes an impact as the (yet unknown to himself) transgender boy who captivates the audience and steals every scene he is in.  It would not surprise me if he had a long and successful Hollywood career.

Palmer can be somewhat predictable, but this cast gives it something more that makes it worth watching and makes the viewer wish it was longer.  I love the forward-thinking twist of the plot in regard to Sam's identity and the acceptance he finds amongst an open-minded group of adults while still facing homophobia from others.

Despite the familiarity of the story and the "happy" ending, I recommend watching this with a tissue or two handy because, unless you have a heart of stone, you will probably tear up from watching this one. 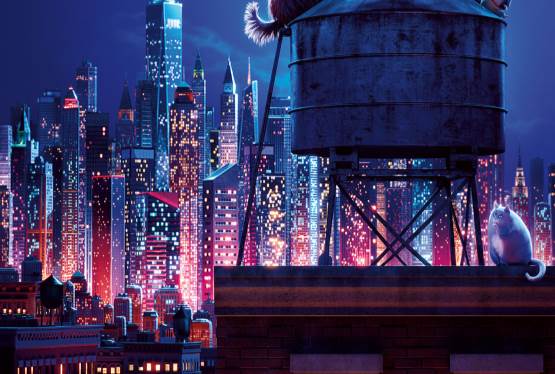 The Secret Life of Pets 2

The Invention of Lying